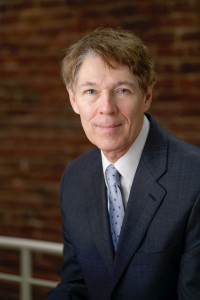 Professor Ashley taught for over 30 years at DePaul University College of Law in Chicago before coming to LMU Law. While there, he taught Federal Income Taxation, Corporate Taxation, Property and Franchise Law and received two Excellence in Teaching awards. His research interests lie in the fields of taxation, property law and franchise law. Ashley is the general editor and an author for Franchising, a five-volume loose-leaf treatise published by the LexisNexis division of Matthew Bender & Co.

In addition to teaching, Ashley spent many years developing a part-time consulting practice devoted to advising start-up companies. He specialized in the law of domestic and international technology licensing, private placements, mergers and acquisitions, syndications, and tax minimization. He also served as an of-counsel tax advisor to a mid-sized Chicago law firm that represented a major medical device and health care products manufacturer, where he worked on international tax issues.

“My job is not only to prepare my students to be successful practicing lawyers but, more importantly, to help them make a life in the law and that requires a devotion to ethical practice, pro bono service, and life-long learning,” he says.

Ashley is married and has a son. His non-law interests include wilderness backpacking and watercolor painting.